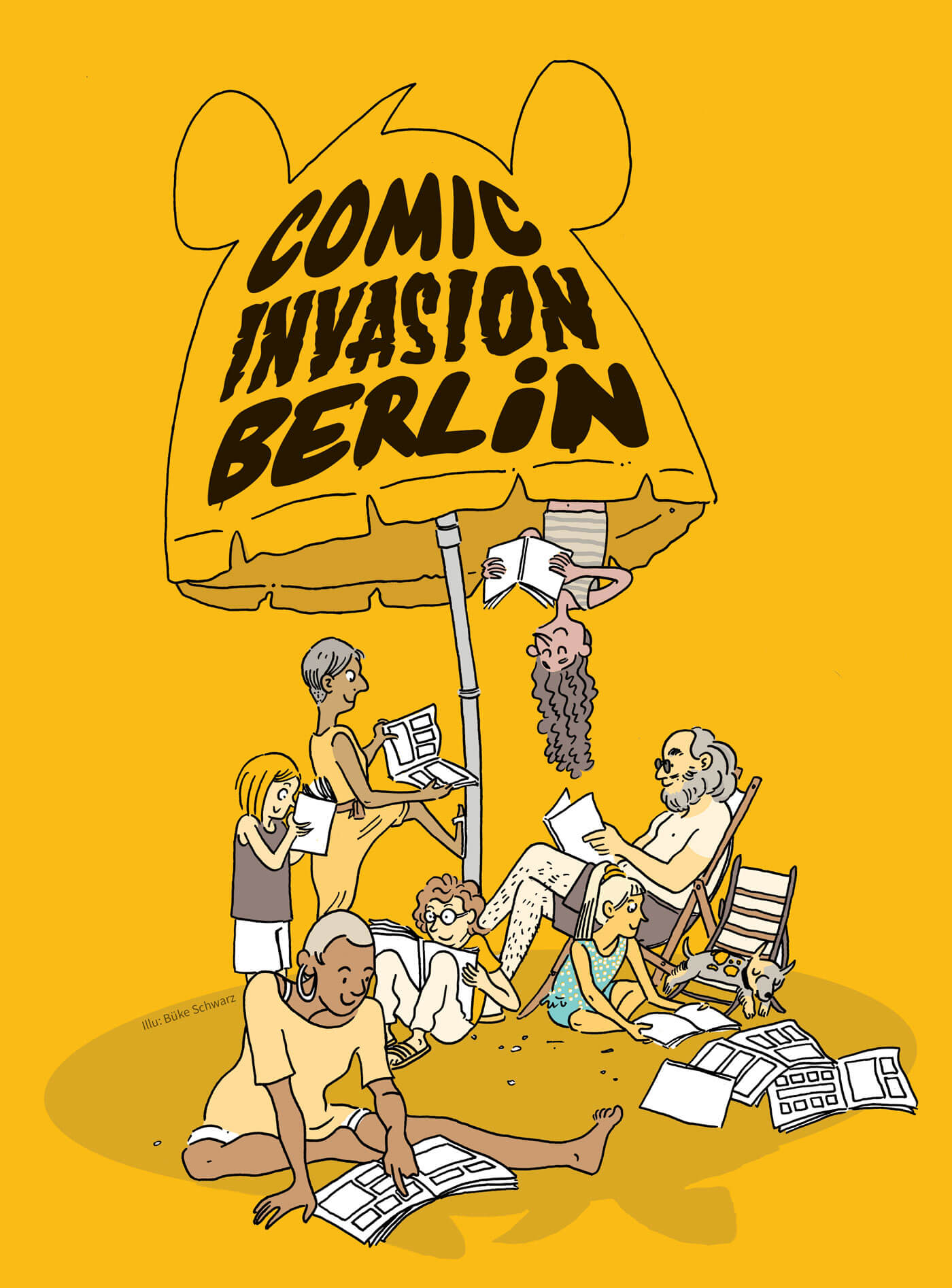 The CIB20 will take place on November 28th and 29th in the Museum for Communication.

CIB invites you to a treasure hunt!
We produced four invididual comic booklets, free to pick up, while stocks last!

As a replacement program for the postponed #CIB20, we organized a series of online events, readings, workshops and lectures. The events were streamed live on Facebook and then published on YouTube.

This year we held a comics competition for the 8th time, and we wanted to see and read what you could think of on the topic of “resistance”.

ComicInvasionBerlin is a comic festival by comic fans for comic fans, and is only possible with the help of the community. We need helpers for the satellite week and the main festival on both days to make it possible.

Some photos from #CIB19: